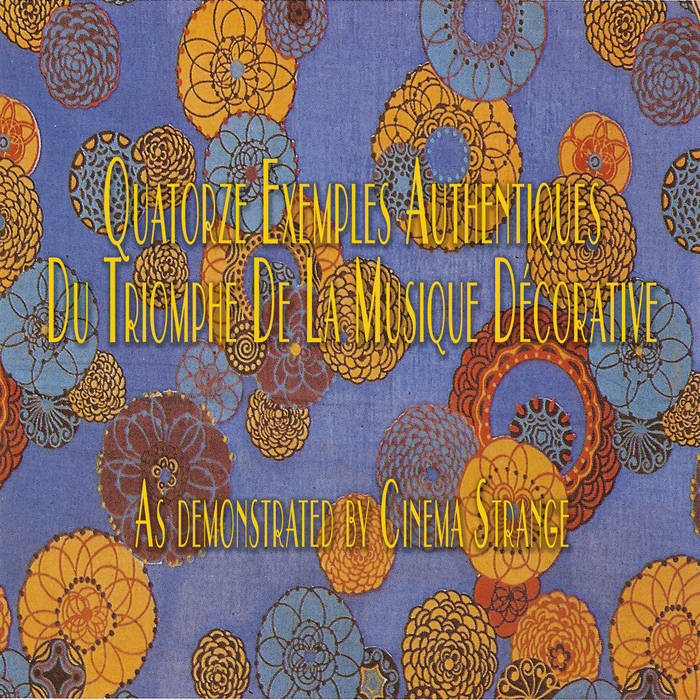 The band's third album, released by Trisol in 2006. The first pressing was a double CD, the second disc containing the short stories associated with the songs, "Needlefeet" and "The Toad Curse And How It Perished In Flames", read aloud by Lucas. (These tracks can be found here on Bandcamp under, "Stories".)

All songs written and arranged by Cinema Strange. All lyrics by Lucas Lanthier.

Lucas Lanthier- voices, occasional guitar, and so forth...

If you like Album- "Quatorze Exemples Authentiques Du Triomphe De La Musique Décorative", you may also like: